Dr. David C. Circeo earned his bachelors degree in biology at Old Dominion University and studied dentistry at the Medical College of Virginia at Virginia Commonwealth University. He is a veteran of the U.S. Army Dental Corps where he graduated from the one-year Advanced General Dentistry program. He was stationed in Kansas and Germany. After serving in the military, he practiced dentistry in Annandale, Virginia before moving to Richmond, Virginia. He earned his fellowship in the Academy of General Dentistry, and is a current member of the American Dental Association and Virginia Dental Association. He was awarded the 2009 Style Magazine runner-up award for Best Dentist. In 2010, 2011,2012,2013 and 2014, Dr. Circeo won the “Top Doc” award from Virginia Living Magazine. Locally, he is a member of the Richmond Dental Society and the Implant Forum of Virginia. Dr. Circeo is married to Evelyn and they stay busy with their two daughters, Samantha and Sydney and one son, Anthony. 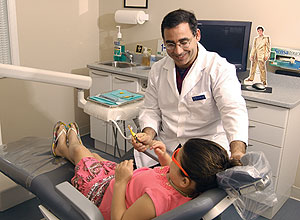 Call us today to schedule an appointment